Solution of nonlinear problems is possible in Agros2D using its Newton solver. It allows us to solve problems that are nonlinear due to the nature of equations describing the problem (such as incompressible flow) or problems with nonlinear material parameters (such as thermal conductivity, electric conductivity, magnetic permeability, etc.). Nonlinear dependencies of common materials may be found in an integrated material library, but can be also defined by the user. 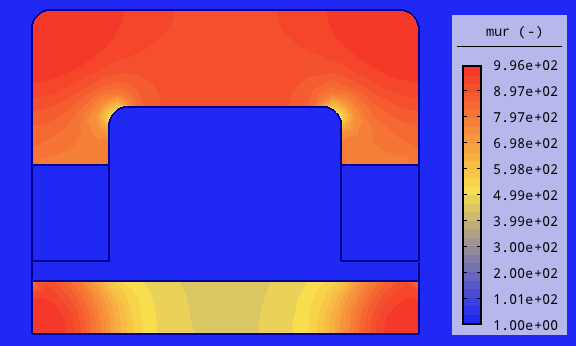 The work with nonlinear problems is very simple. One only has to select nonlinear solver, select nonlinear dependencies of materials and solve the problem. There are also many settings of the Newton solver for more experienced users for different approaches towards damping, Jacobian reuse, etc.